The Most Powerful Businesswomen In The World

Vietnam is known for its stunning natural beauty, dynamic megacities, and hill-tribe villages. Managing to be both exotic and captivating, it is no wonder that many people put it high on their list of places to visit. But as well as being home to some of the most beautiful scenery and culture in the world, it is also home to some of the world’s most notable success stories. From “Vietnam’s Coffee King” to the winner of the World Series of Poker, these are the success stories that are putting Vietnam on the economic map. Read on our list of Vietnamese successful entrepreneurs here.

Most recently, Pham Nhat Vuong – President of Vingroup, was called the “Donald Trump of Vietnam” by Forbes and ranked 974th in the list of the world’s richest men.

He is the first Vietnamese on this list, with total assets of nearly $1.7 billion, up from $1.6 billion a year earlier. 2015 is the third consecutive year Vuong has been named on this list.

Born in Hanoi in 1968, Vuong started his career in Ukraine by producing instant noodles, eventually styling himself as Ukraine’s processed-food king.

By 2010, when Vuong sold the company for an estimated US$150 million to Nestle, his noodle company, Technocom, had revenues of US$100 million.

This highly unconventional post-Soviet success story had a twist. For years Vuong had been gradually funneling the funds from his Ukrainian noodle empire into real estate projects back in his homeland.

In Vietnam, Vuong’s decision to invest in real estate projects resulted in the 225-room, deluxe Vinpearl Resort Nha Trang. Here, again, he found quick success. The next year he introduced Vincom Center Ba Trieu, the first commercial tower complex in Hanoi. Three years later, he added 260 more rooms to Vinpearl, along with a 2-mile cable car connecting the island to the mainland.

Vuong followed this with several high-end townships in Hanoi, including Vincom Village, a luxury development with hundreds of villas. Vincom, comprising Pham’s commercial and residential real estate interests, went public in 2007, while he maintained Vinpearl as a separate company for his luxury resort business.

In September 2009, Technocom changed its name to Vingroup (Vietnam Investment Group) and relocated its headquarters from Kharkov (Ukraine) to Hanoi, Vietnam. 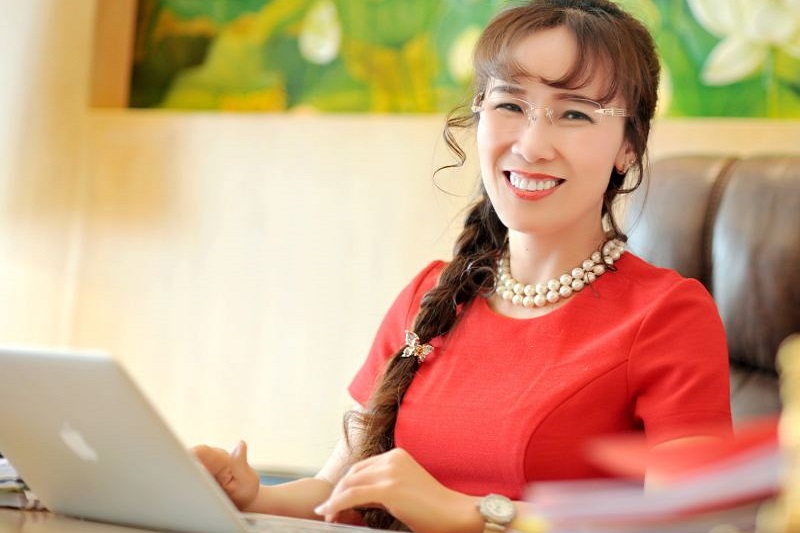 Along with 3 other Vietnamese entrepreneurs, Nguyen Thi Phuong Thao was recently named on the list of the world’s richest people in 2020 by Forbes magazine. Vietnam’s first self-made female billionaire, she is currently the President and CEO of VietJet Air and owner of three beach resorts. Born in 1970, Nguyen Thi Phuong Thao studied finance and economics in Moscow where she started a business distributing goods from Hong Kong, Japan, and South Korea. She went on to gain two bachelor’s degrees in financial credit management and labor economics as well as a doctoral degree in economic management.

She launched VietJet Air in 2011 and made big waves in the industry by featuring bikini-clad flight attendants in her advertisements. In 2018, her company Sovico announced that it would join forces with Taiwanese oil refiner CPC Corp to embark on oil exploration missions. 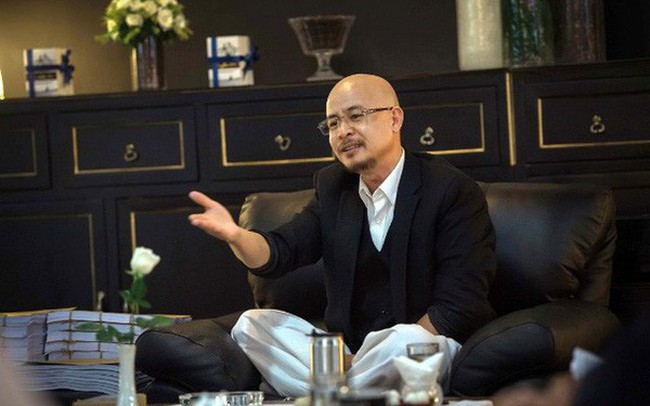 One of the Vietnamese Successful Entrepreneurs, Dang Le Nguyen Vu is the founder, president, and director of the Trung Nguyen Group. He has been described by Forbes and National Geographic as the “Vietnam Coffee King” and “Zero to Hero”.
Born in 1971, Dang Le Nguyen Vu attended Tay Nguyen University in 1990 where he began to study and research coffee. By 1996 he had founded the Trung Nguyen Coffee Company and by 1998 he had opened his first coffeehouse in Ho Chi Minh City. Since then, numerous franchises have opened all over Vietnam leading Forbes to name Vu “Vietnam’s Coffee King”. He was selected as “Pioneer of the Year” in a vote by VnExpress readers and won the prize of the “Gold Star of the Vietnamese Top Brands in 2003”.

In 2012, Mai Kieu Lien, CEO and chairwoman of Vinamilk, Vietnam’s largest dairy producer, was voted one of the top Asian CEOs by the Hong Kong-based Corporate Governance Asia Journal.

This award was part of the seven-month poll “The Best Individuals/Companies of Asia in 2012”, based on the appreciation of readers and interviews with relevant investors.

This was the second time Mai Kieu Lien was honored by the Corporate Governance Asia Journal. Previously she was presented the Best Asian CEOs in the field of corporate governance.

This May Lien was presented with an award of the 20th Nikkei Asia Prizes in the economic and business innovation category for her work.

The Nikkei Asia Prizes were created in 1996 to commemorate the 120th anniversary of Nikkei Inc.’s main Japanese-language newspaper, the Nikkei. It has always aimed to honor individuals and organizations who have contributed to the region’s development and prosperity.

Vinamilk is one of the best-known brands in Vietnam and has 51 percent of the liquid milk market share.
Its revenue hit over $368 million in the first quarter of this year, up 15.6 percent over the same period last year.

Vinamilk exports to 30 countries and is now focusing on the Middle East, Africa and Cuba. However, Vinamilk is also facing difficulties. Its profit last year remained the same as the year before because of the high price of raw materials, mainly imported milk powder.

Vinamilk now owns 70 percent of shares in the Driftwood dairy factory, one of the largest dairy plants in California, the US. Best IT Companies In Vietnam

The market for the best IT companies in Vietnam is growing at an unprecedented speed, … The Highest-Paying Jobs In The World

When you set out to choose a career, you’ll likely be considering three factors: is it …