Known for its natural beauty, culture, history and attractions, Edmonton is a city for everyone. It is home to Canada’s largest living history museum, Canada’s largest historical park and North America’s largest mall. If that is not enough, it is also has a vibrant theatre scene, numerous professional sports teams and some stunning architecture. There is something to please everyone in Edmonton, from outdoor recreational activities to indoor fun. Shopping, dining, hiking, skating and even skiing are all offered in the city, making it one of Canada’s top tourist destinations. Here are the top tourist attractions in Edmonton. 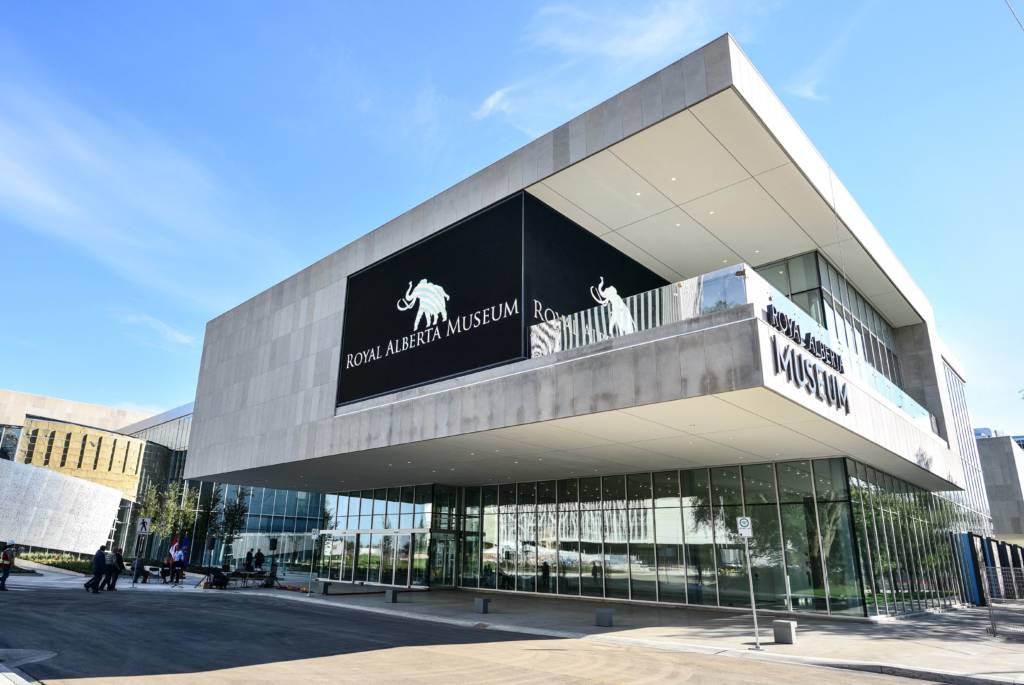 The Royal Alberta Museum moved to its new location in 2018, and is now western Canada’s largest museum. Home to a fascinating mix of permanent cultural and natural history exhibits, as well as always-changing temporary installations, a visit to this ultra-modern facility is certainly time well spent. Particularly impressive are the many fossils from the dinosaur and ice age eras, a large aquaria of native fish, and live insects-including some exotic and enormous species.

New additions include a large feature gallery hosting traveling exhibits from across Canada and around the world, a huge new kids’ gallery, and a bigger bug room with live invertebrates and a visible nursery. The museum’s cultural history departments explore aboriginal cultures with artifacts from Blackfoot, Cree, and other First Nations. A well-stocked gift shop and a café are also located on-site.

Canada’s West Edmonton Mall is not only the country’s largest shopping center-and one of the largest in the world-it’s also a major tourist attraction. In addition to hundreds of shops and restaurants, the facility contains a hotel, movie theaters, an ice rink, an aquarium, and much more.

Adding to the appeal are the themed sections of the mall, designed to mimic the feel of popular travel destinations around the world. In Europa Boulevard, for example, many of the shops have European-style fronts and carry the names of international fashion designers, while Bourbon Street, a copy of the famous New Orleans street, is a destination for Creole food and live music.

The mall’s Galaxyland is one of the largest covered, indoor amusement parks in the world, boasting a variety of family-friendly rides, including a triple-loop roller coaster. Also fun is the recently renovated World Waterpark, the largest such attraction in North America. Highlights include the world’s biggest indoor wave pool, and two 83-foot-tall (and very steep) water slides. The park, in fact, has a variety of slides, ranging from beginner to extreme. 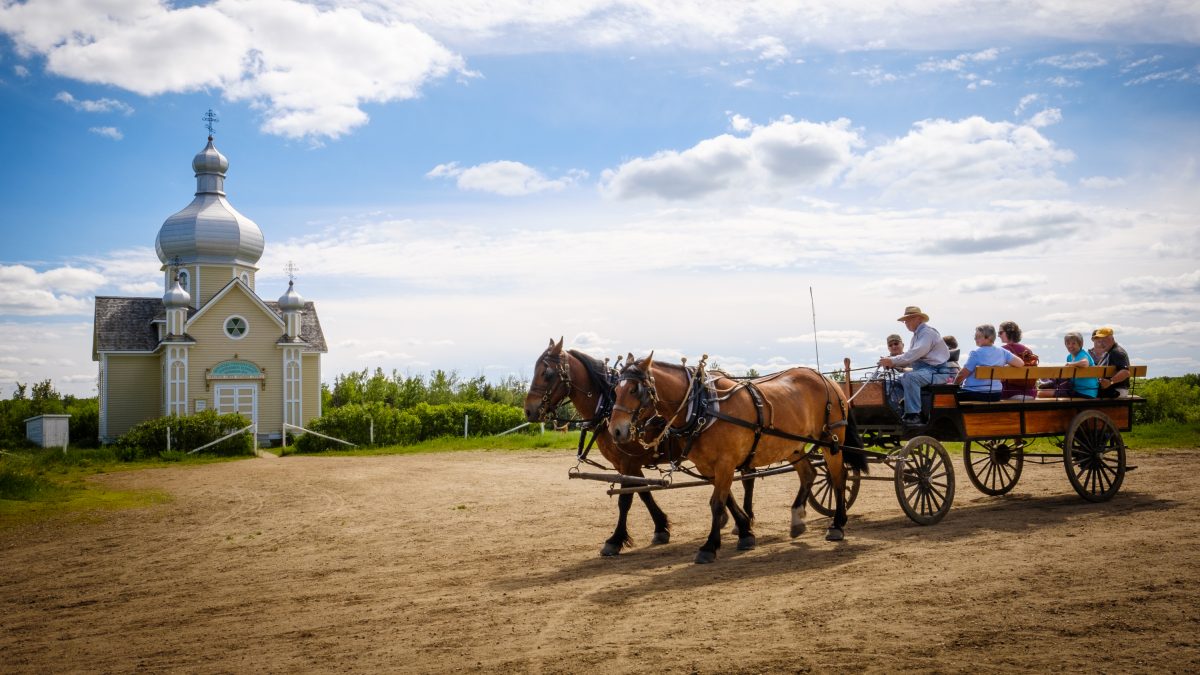 Established in the 1970s along the Yellowhead Highway, this open-air museum preserves the cultural heritage of the many immigrants from Bukovina and Ukraine who settled in what is now Alberta in the 1890s. Known locally simply as “the Village,” various historic buildings have been reconstructed on the site, and the pale onion dome of a Ukrainian church is visible from afar.

There are many living history elements to explore, including a blacksmith, market, and an old-fashioned general store. Part of the fun is the opportunity to interact with the costumed guides, here to explain what life was like for these early settlers. If possible, try to time your visit with one of the many events or workshops hosted throughout the year, from cooking demonstrations to harvest celebrations and a commemoration of Ukraine’s national day.

Set atop the banks of the North Saskatchewan River, the Alberta Legislature is a marvel of marble pillars and carved oak. Discover the Alberta Legislature on a free guided tour, offered hourly. Ask about the Famous Five who fought for women’s right to vote. Learn about the fascinating stories behind the portraits and magnificent art. A glance at the bejeweled gold and silver ceremonial Mace. This is one of the top tourist attractions in Edmonton you should not miss. 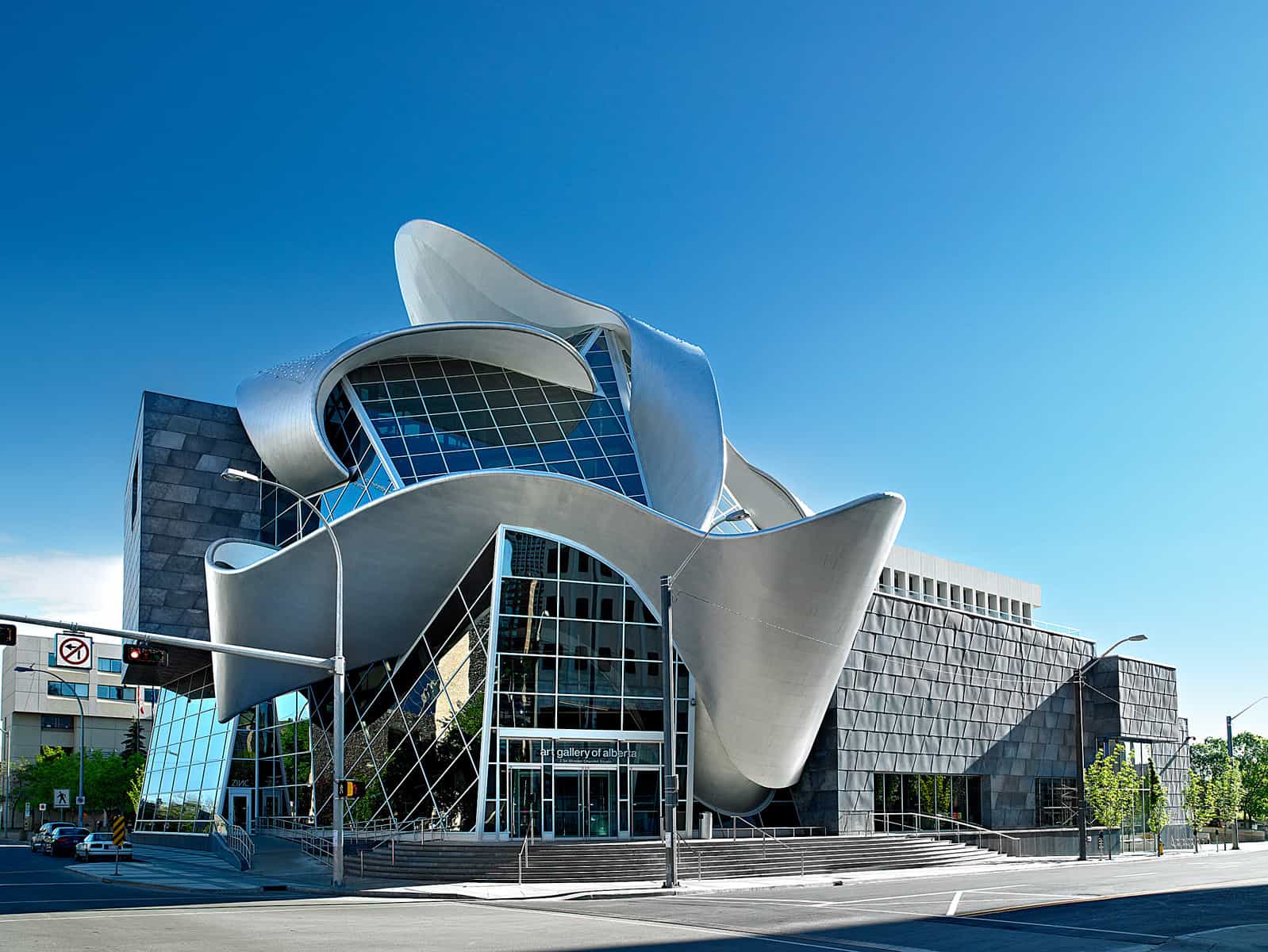 One of the most striking architectural landmarks in downtown Edmonton is the Art Gallery of Alberta. Originally constructed in 1968 by the architect Don Bittorf, the gallery recently underwent an $88 million renovation to create a much larger exhibition space as well as more visitor facilities and a custom-designed 150 seat theatre. The principal collection features primarily painting and sculptural pieces from both Canadian and international artists, although there are also a variety of temporary displays relating to more specific artists and cultural movements.
Opening Hours: 11am-5pm Tuesday and Thursday to Sunday, 11am-9pm Wednesday, closed Monday When looking for reasons to visit Marseille, France’s oldest city has no shortage of answers. From Notre …