Restaurants You Need To Check Out In Minneapolis Minneapolis-Saint Paul, Minnesota’s famous sister cities, has a rich culinary heritage influenced by Scandinavian and German food cultures. We take a look at the restaurants you need to check out in Minneapolis.

Restaurants You Need To Check Out In Minneapolis

It has been a weird year to open a mega restaurant, but like everything they do, the Travail team has made it work with fun, verve, and incredible flavors. Order family-style meals to make at home, or an a la carte selection of goodies. This trail-blazing chef collective has grown and expanded since its humble tasting menu beginnings, but even in the middle of a pandemic, it has created memorable dining moments. While you’ll have to hang the prosciutto on your own chandelier now, Travail’s food is still fun, tasting eating. 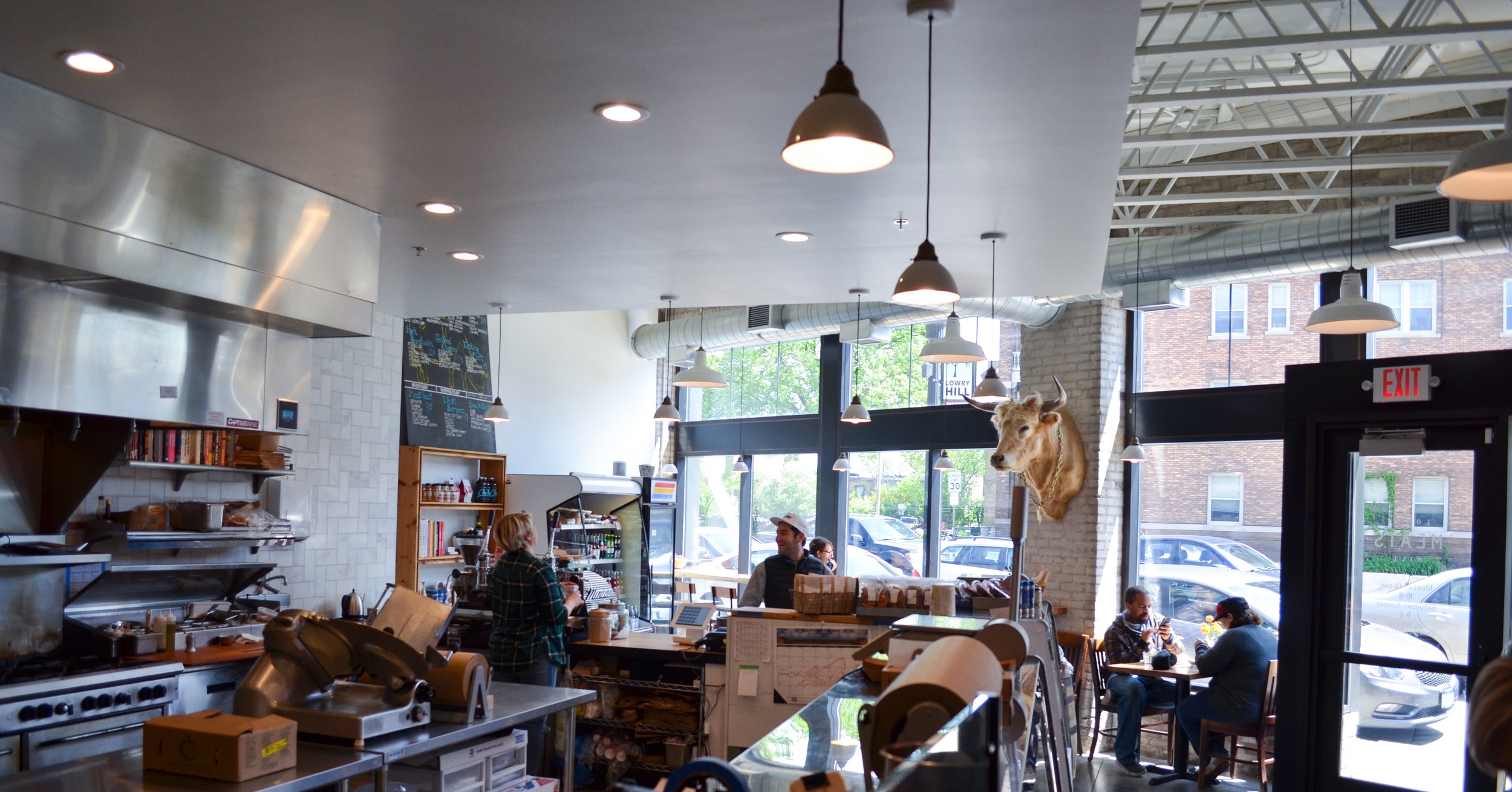 Chef Sameh Wadi’s restaurant takes inspiration from street foods from around the world and turns them into dishes that Twin Cities restaurants depend on to wake up sleepy tastebuds. The Yum Yum Bowl isn’t just a clever name, but tasty comfort of rice, quivering egg, various meats, veggies and savory sauce. There are giant fried chicken sandwiches, adorable tacos, and unctuous curry-stuffed burritos here and all are made even better with an added pint of Milkjam ice cream.

In a land obsessed with pizza, it still feels like we hadn’t truly lived the full potential of the cheese, sauce, and crust before Wrecktangle unleashed its Detroit-style pan-cooked pizzas upon us. This hefty entry is otherworldly in no small part due to the crackly cheese border that cradles every thick slice. Order fully baked or par-baked to take home, heat and serve. 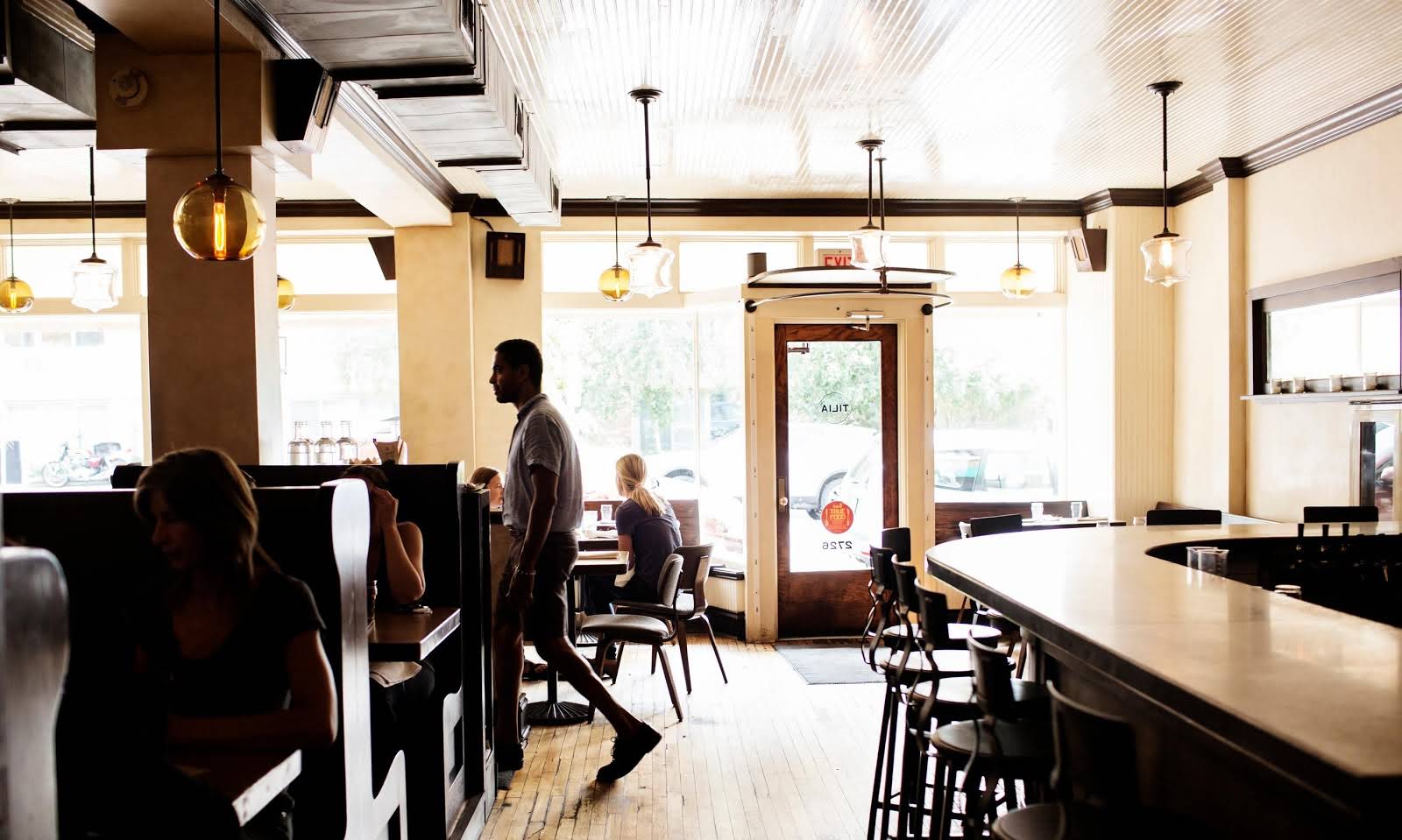 Tilia, which opened in 2011, was one of the most anticipated restaurants in Minneapolis for being Chef Steven Brown’s first restaurant. This charming Linden Hills venue has won rave reviews for its simple yet flavorful dishes that are creative and affordable. They start from the fresh, seasonal soups to his much talked-about fish taco torta. This is an innovative twist on the fish taco with made-from-scratch habanero lime mayonnaise, a tempura-like mahi mahi fillet of breaded fish sandwiched between a milk bread bun. The restaurant decor complements the stripped-back simple dishes at Tilia’s. The exposed rafters and white-washed walls with dark wood accents give Tilia a European bistro-like charm.

Victory 44 Coffee Bar and Kitchen serves a constantly seasonal menu that features fresh, quality produce from local vendors. Chef Erick Harcey’s popular Minneapolis dining spot transformed contemporary American cuisine in Minneapolis with its elaborate eight-course tasting menu. It has gastropub ambiance that has been described as a ‘neighborhood tavern functioning as a giant chef’s table’. Serving coffee by Dogwood Coffee Co., menu favorites at Victory 44 include the ‘Devils on Horseback’ and the Perfect Burger.

Be sure to watch where you walk when you visit this place because the industrial-chic dining room is paved with pennies — literally. Located in the historic Harmon district of Minneapolis, Butcher and the Boar brings its sausage specialties and Mississippi Delta favorites to the Twin Cities. Already, the restaurant has gained national attention under the direction of chef Jack Riebel. It has won a nomination for the 2013 James Beard semifinalist for Best New Restaurant and Best Chef: Midwest. Butcher & the Boar is a true specialist and is a meat-lovers haven with a huge selection of house sausages and cured meats. Sausage-and-beer aficionados rejoiced when Butcher & The Board announced the opening of its all-season heated beer garden. It serves house sausages, German nachos and more with a great selection of beers.

Revival’s Southern-style fried bird is simply doused in buttermilk, dredged through heavily seasoned flour, and fried to a golden brown. The Tennessee Hot refuses to play Minnesota nice with a delirious burn and cacophony of spices with plenty of cayenne pepper. Take out is available at both the original Minneapolis and St. Paul locations.