Shanghai’s ever-growing skyline, cutting-edge art galleries and gourmet food and drink scene make the city a must-visit destination. It’s also home to an array of luxury hotels. The likes of Amanyangyun and The Middle House will send aficionados of art and design into raptures, while properties such as the “seven-star” Wanda Reign and The Peninsula, which has its own fleet of Rolls-Royce limousines, push the boundaries of what we understand by high-end hospitality. Keep reading on for the best luxury hotels in Shanghai.

The PuLi Hotel and Spa 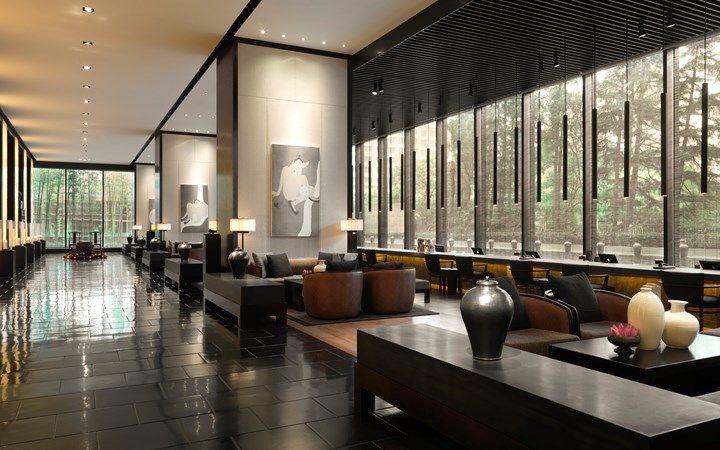 The PuLi Hotel and Spa is located in the heart of Shanghai for ease and convenience, but its luxurious facilities and urban resort vibe means that you’ll still feel like you’re getting away from it all. Take advantage of the generous and comfortable rooms, Michelin-starred restaurant, 24-hour butler service and state-of-the-art health club, including a stunning infinity pool with a view of Jing’An Park, for ultimate relaxation.

The fabulous Fairmont Peace hotel combines Art Deco glamour with up-to-the-minute indulgence. Located in a prime spot right on Nanjing Road, China’s most famous shopping street, it’s an ideal base from which to explore the variety and excitement of Shanghai. Choose from six high-quality restaurants and lounges, including the ninth-floor terrace with unparalleled views of the city, and when it’s time to retire for the night, enjoy luxurious accommodations that have seen almost a century of history. 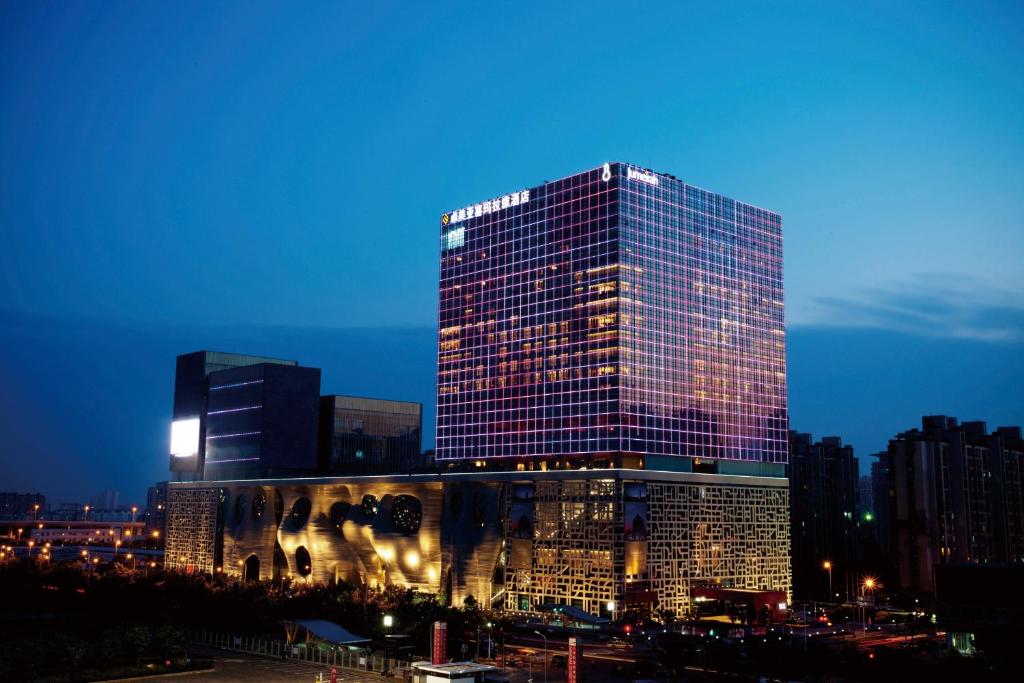 If you’re looking for a modern yet elegant fusion of tradition and the latest innovation, the award-winning Jumeirah Himalayas Hotel is an excellent choice, with artwork and interior design inspired by China’s culture and history. The facilities include a spa and health club offering a variety of relaxing treatments and equipped with ice and fire rooms and traditional stone baths, and if you choose to visit the gym, the staff will even provide you with a pre-loaded music player to ensure a great workout.

The ‘House’ collection of hotels is celebrated for its statement-making architecture and design. Shanghai’s The Middle House – younger sister to Hong Kong’s acclaimed Upper House, Chengdu’s Temple House and Beijing’s Opposite House – sticks perfectly to the script. Rooms – ‘studios’ – are named for their square-meterage, from ‘50’ to the penthouse-Iike ‘90’, with its floor-to-ceiling windows. Yet in a city where space is at a premium, even the ‘50’ amply accommodates its king-size bed (topped with a plump down duvet). And indeed everything about The Middle House is generous: well-stocked fridges include coconut water and a variety of craft beers, the majority free.

This five-star hotel is one of very few new buildings to be added to Shanghai’s historic Bund in the last 70 years, so you know it’s something special. The Peninsula Shanghai was unveiled in 2009, but its Art Deco design echoes a bygone era, with 235 retro-style suites and The Peninsula’s signature fleet of green Rolls-Royce Phantoms. Foodies will also love the five on-site restaurants, included two Michelin-star eateries. This five-star Art Deco masterpiece is perfectly located for visitors to Shanghai, situated at the intersection of the Bund promenade and the shopping haven that is Nanjing Road. The Fairmont Peace Hotel features 270 guest rooms, a serene health club including an indoor pool and two spa tubs, and a range of first-class dining options, such as Chinese restaurant Dragon Phoenix and the esteemed live music venue, Jazz Bar.

Designed by Arata Isozaki, this landmark hotel quickly established itself as a central feature of Shanghai’s Pudong District. Taking inspiration from a piece of jade, the artwork across the hotel’s 16-metre-high lobby tells a 5,000-year-old story. Each character in the ‘Thousand Character’ essay has a unique meaning, teaching the essence of moral virtues, cultural evolution, nobility and the pastoral life of common people.  The hotel has direct underground access to Shanghai’s new International Expo Centre (about 30 minutes from Downtown by metro). All 393 rooms and suites, including 16 residences, 45 suites and a Presidential Suite, come with fun extras like fast-fill deep soaking tubs and separate rain showers, a fully integrated connectivity desk panel, and a Chinese scholar’s work desk.

The EDITION’s 145 five-star rooms are famous for their views, both of the historic Bund area and the dizzying skyscrapers of Pudong which makes the Edition one of the best luxury hotels in Shanghai. The property is made up of two towers – one Art Deco, one Modernist – but the modern, laid-back design pulls the place together. There are five meeting studios, two forums, a contemporary Japanese eatery on the 27th floor, a gourmet Cantonese restaurant with five private dining rooms and two rooftop bars overlooking the water.

Previous The Best Hospitals and Healthcare in Shanghai
Next Where To Eat When Traveling To Shanghai?