Cinnamon is a highly delicious spice. It has been prized for its medicinal properties for thousands of years. Modern science has now confirmed what people have known for ages. Here are the health benefits of cinnamon that are supported by scientific research. 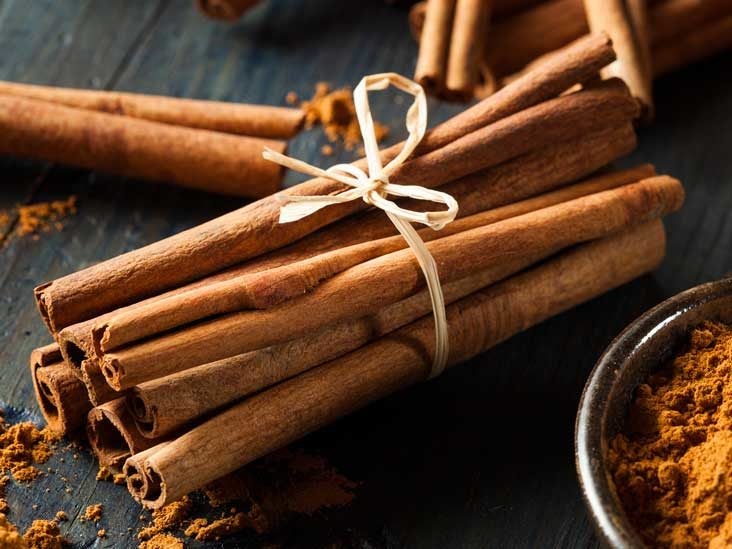 Cinnamon Is High in a Substance With Powerful Medicinal Properties

Cinnamon is a spice that is made from the inner bark of trees scientifically known as Cinnamomum.

It has been used as an ingredient throughout history, dating back as far as Ancient Egypt. It used to be rare and valuable and was regarded as a gift fit for kings.

These days, cinnamon is cheap, available in every supermarket and found as an ingredient in various foods and recipes.

There are two main types of cinnamon:

Cinnamon is made by cutting the stems of cinnamon trees. The inner bark is then extracted and the woody parts removed.

When it dries, it forms strips that curl into rolls, called cinnamon sticks. These sticks can be ground to form cinnamon powder.

The distinct smell and flavor of cinnamon are due to the oily part, which is very high in the compound cinnamaldehyde.

Scientists believe that this compound is responsible for most of cinnamon’s powerful effects on health and metabolism.

Cinnamon May Cut the Risk of Heart Disease

Cinnamon has been linked to a reduced risk of heart disease, the world’s most common cause of premature death.

In people with type 2 diabetes, 1 gram or about half a teaspoon of cinnamon per day has been shown to have beneficial effects on blood markers.

More recently, a big review study concluded that a cinnamon dose of just 120 mg per day can have these effects. In this study, cinnamon also increased “good” HDL cholesterol levels.

In animal studies, cinnamon has been shown to reduce blood pressure.

When combined, all these factors may drastically cut your risk of heart disease. 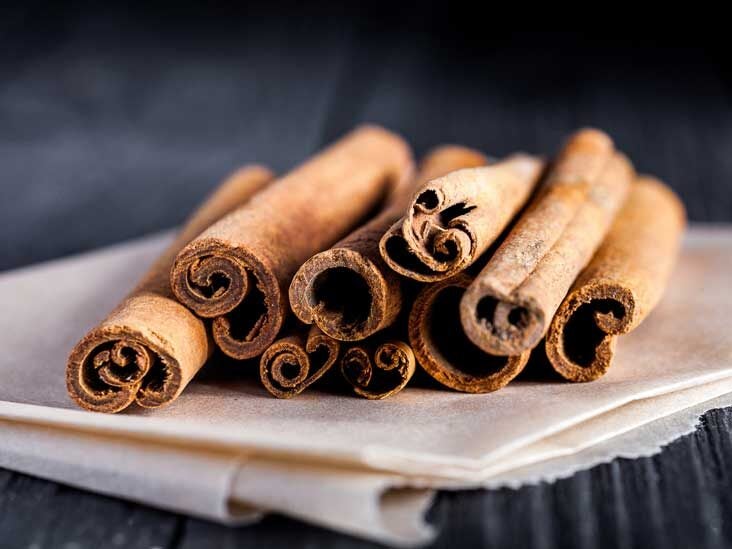 Cinnamon also contains large amounts of polyphenol antioxidants. Antioxidants can help protect the body from disease and are found in fruits, vegetables, herbs and spices. The antioxidants in cinnamon have been found to have anti-inflammatory effects.

Some spices, including cinnamon, have prebiotic properties that promote the growth of beneficial bacteria and help suppress the growth of pathogenic bacteria. Therefore, including spices regularly in your diet may help improve gut health.

Cinnamon is also a useful source of manganese and contains small amounts of calcium and fibre.

There is some evidence to suggest that the consumption of cinnamon is associated with a short-term reduction in blood pressure. Although the evidence is hopeful, it would be premature to recommend cinnamon for blood pressure control until a comprehensive randomised controlled trial (RCT) involving a larger number of patients has been carried out. More recent studies have, to date, shown less promising findings. 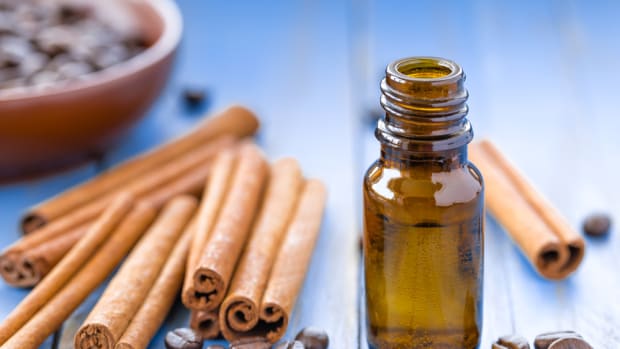 Cinnamon extract has been used to alleviate gastrointestinal problems in both Eastern and Western medicine for years. It has been described as a carminative, renowned for its digestive, anti-microbial and anti-inflammatory properties. In traditional Ayurvedic medicine, cinnamon bark oil is used for treating flatulence and digestive imbalance. It is believed that the warmth of cinnamon increases blood flow and improves blood oxygen levels to help fight off illness. To alleviate digestive symptoms, cinnamon is taken as part of a hot drink (much like a tea). In this instance, it’s easier to use ground cinnamon rather than trying to grate cinnamon sticks yourself.

Some animal studies have suggested that cinnamon may help prevent Alzheimer’s disease.

According to researchers, an extract present in cinnamon bark, called CEppt, contains properties that may prevent symptoms from developing.

Mice who received the extract experienced a decrease in features of Alzheimer’s, such as amyloid plaques, and improvements in their ability to think and reason.

If further research confirms its effectiveness, this extract — but not necessarily whole cinnamon — may be useful in developing therapies for Alzheimer’s.

One of the health benefits of cinnamon is protecting against HIV. In 2000, a study of extracts of Indian medicinal plants found that cinnamon may help protect against HIV.

Scientists tested 69 extracts in a laboratory. Cinnamomum cassia, or cinnamon bark, and Cardiospermum helicacabum, which is the cinnamon shoot and fruit, were most effective in reducing HIV activity.

In a 2016 laboratory study, scientists found that an extract from cinnamon showed anti-HIV activity.

This does not mean that foods containing cinnamon can treat or prevent HIV, but cinnamon extracts could one day become a part of HIV therapy.